Are you ready for a Spud-tacular adventure? MR. POTATO HEAD stars in his first-ever interactive storybook app – MR. POTATO HEAD: School Rush! Tap, swipe, shake, and tilt your way through the action as MR. POTATO HEAD comes to life in a cinematic, thrilling tale!

When MR. POTATO HEAD tries to get you to school on time, you can expect as many twists and turns as the number of detachable parts on his body! An exciting, interactive saga awaits when you try to keep MR. POTATO HEAD in one piece! This is a story you’ll want to read (and play!) again and again!

Grabbing MR. POTATO HEAD a new hat or cranking up the Parts-o-Matic machine is enough to send you and your potato pal on a wild ride! One minute you’re in his Parts Emporium and the next you could be anywhere, doing anything… 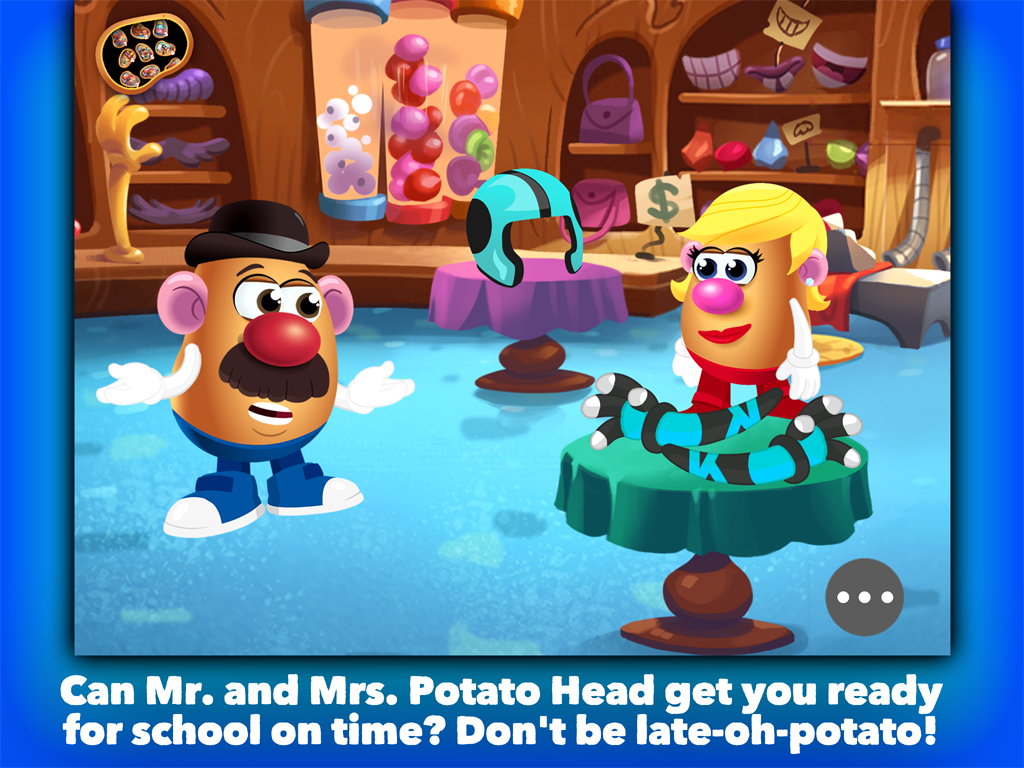 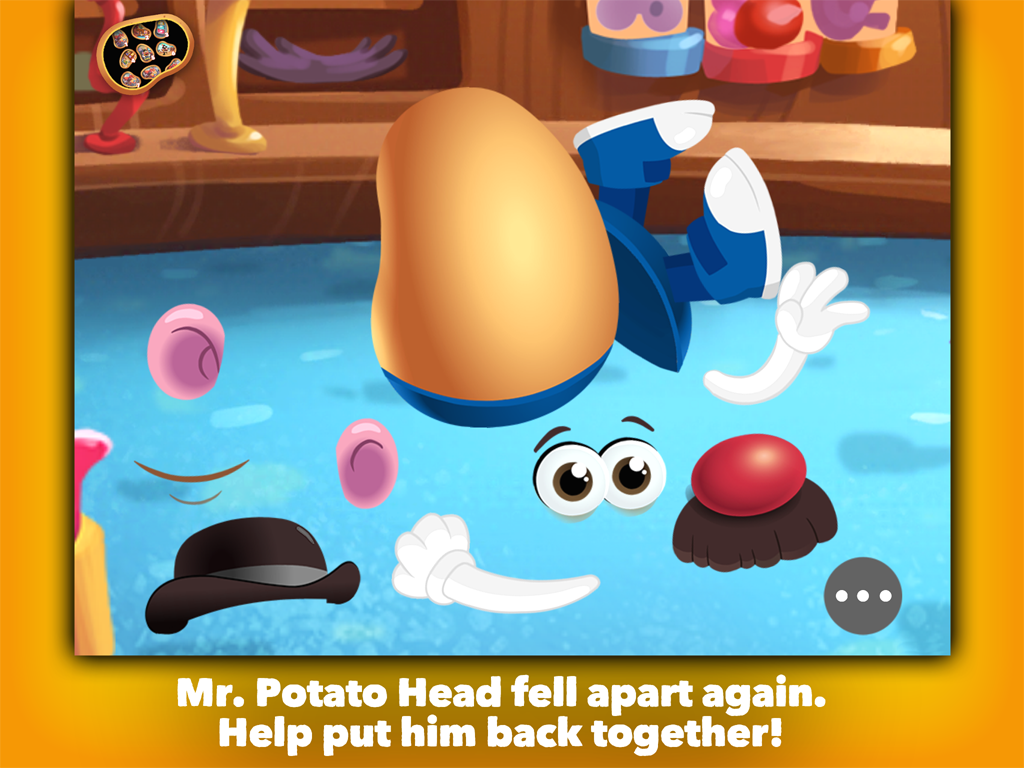 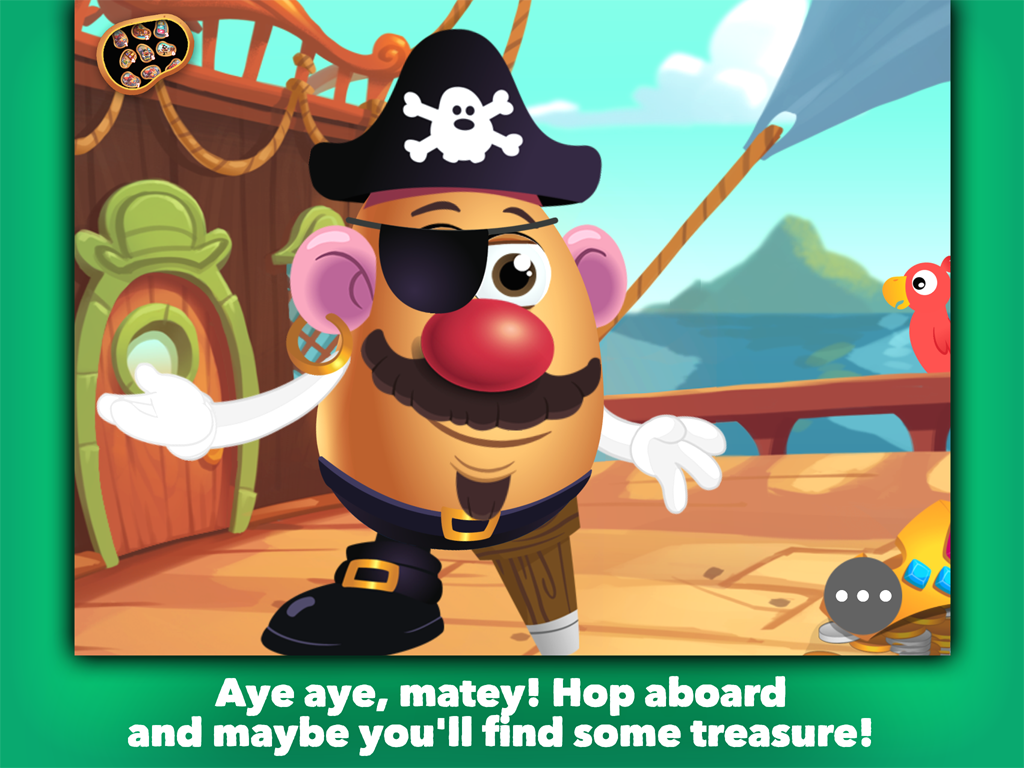 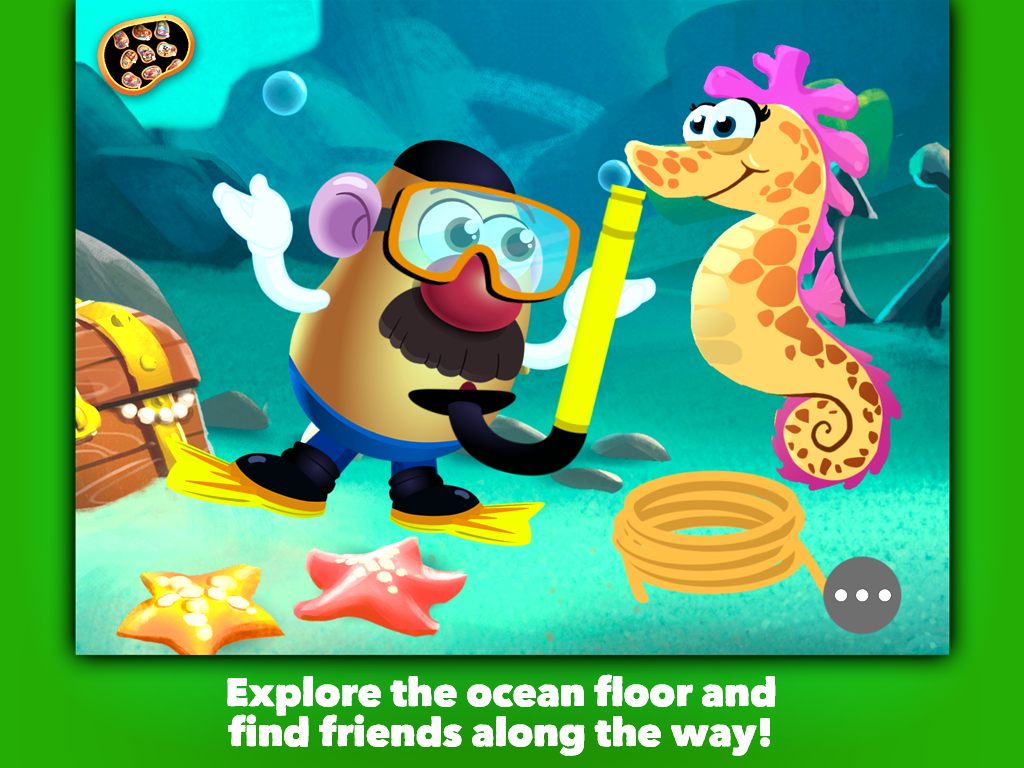 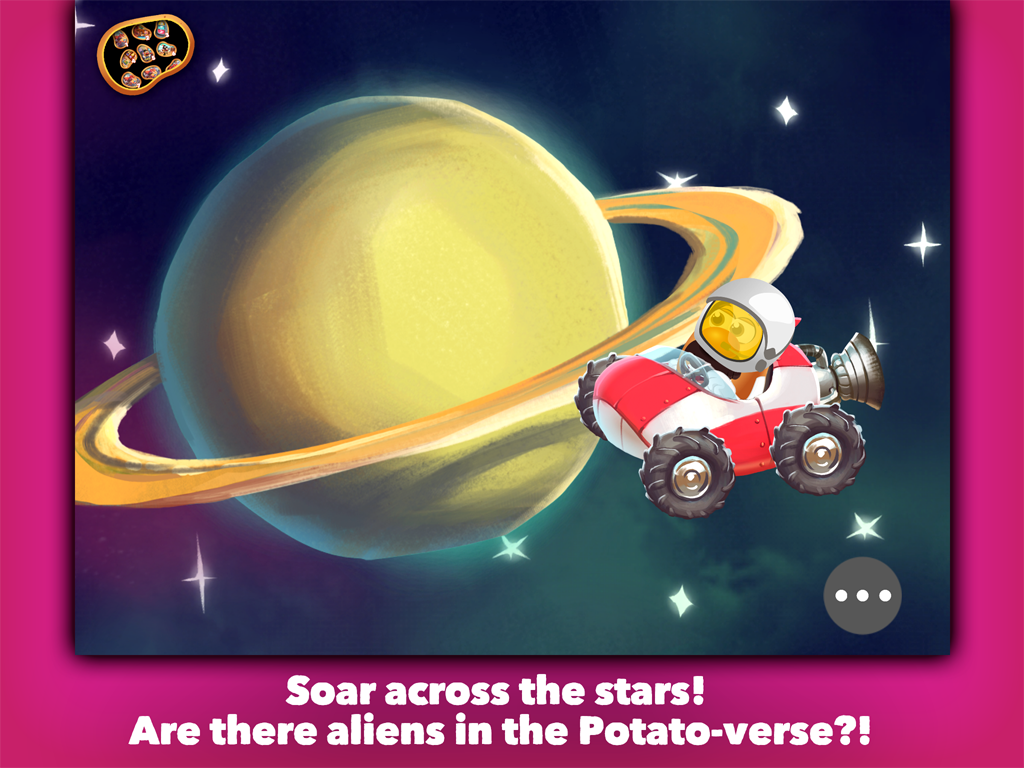