Being a princess doesn’t come with an instruction manual, but neither does becoming a hero! In TWILIGHT’S KINGDOM, the first ever MY LITTLE PONY deluxe storybook app, Twilight Sparkle is Equestria’s newest princess, and she’s looking for a way to prove herself worthy of the title. When a villainous centaur starts stealing magic from Unicorns throughout the land and even threatens to consume the Alicorn princesses’ magic, Twilight wants nothing more than to track down Lord Tirek, but someone else is chosen in her place. Discord! Twilight needs help from her closest friends, and a surprise ally, to restore magic to Equestria and unlock a kingdom fit for a princess.

TWILIGHT’S KINGDOM, based on the two-part Season 4 finale of MY LITTLE PONY: FRIENDSHIP IS MAGIC, is the perfect year-end treat that recaps how Twilight’s friends earn their keys of friendship. This deluxe, 27-page storybook has television quality animation and features the original voice talents of John de Lancie as Discord.

MY LITTLE PONY: TWILIGHT’S KINGDOM is an exciting, high-stakes adventure suitable for early and emerging readers and fans of all ages. Join Twilight and her friends as they save the day and learn valuable lessons about patience, loyalty, and friendship in the process. 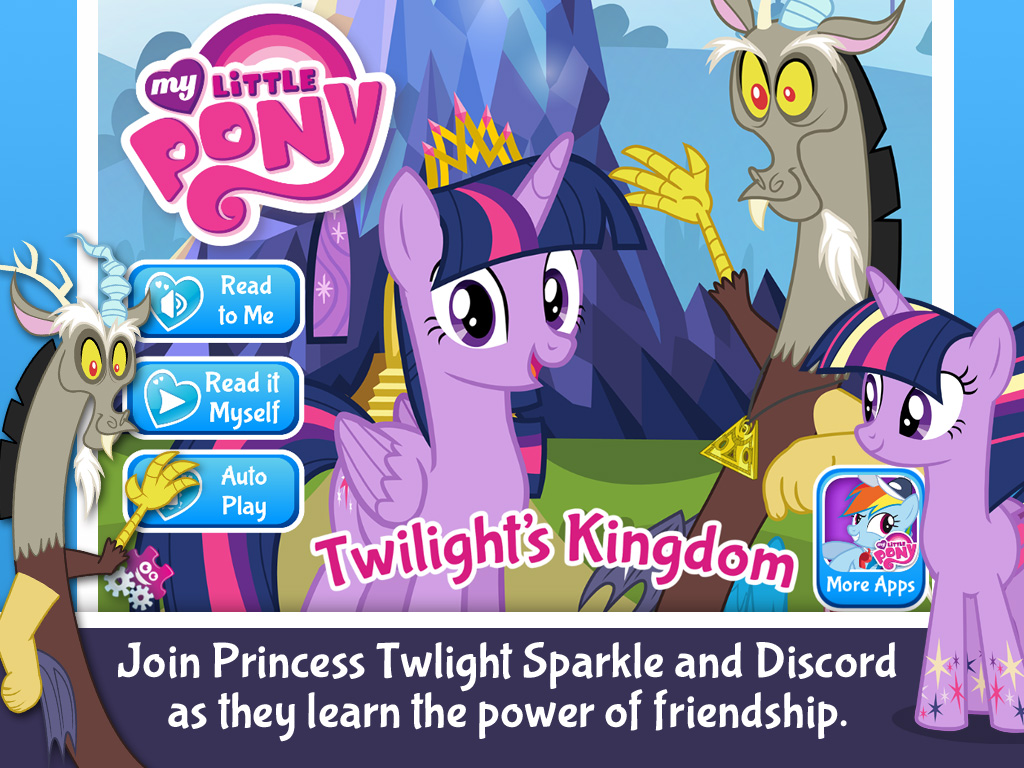 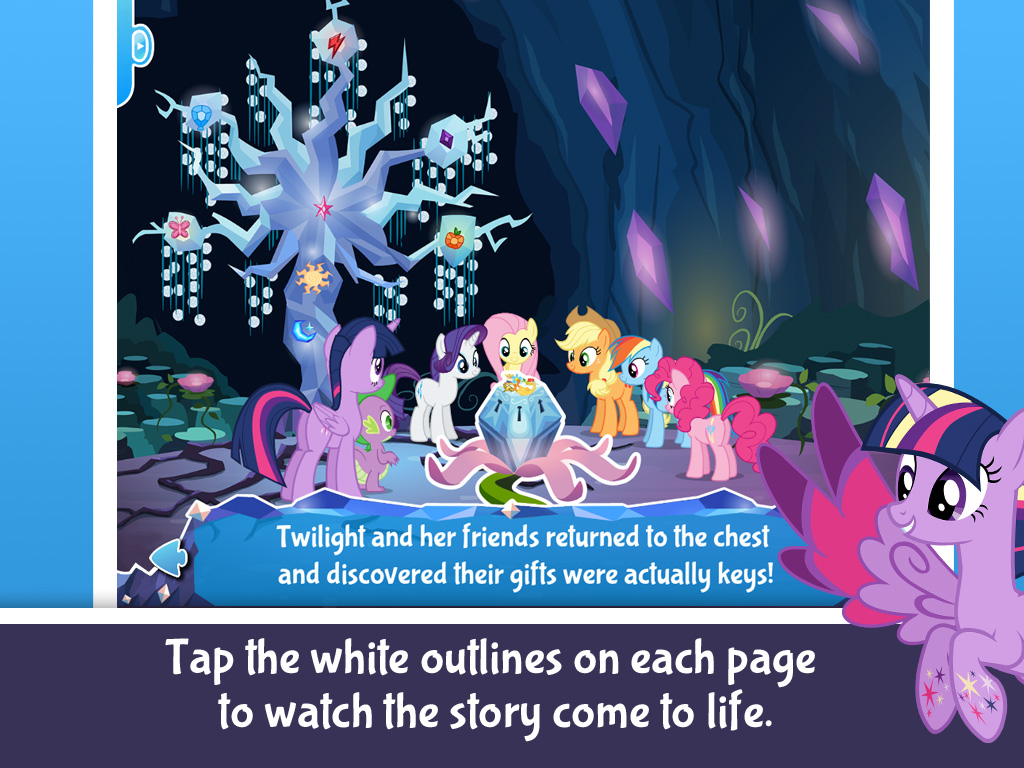 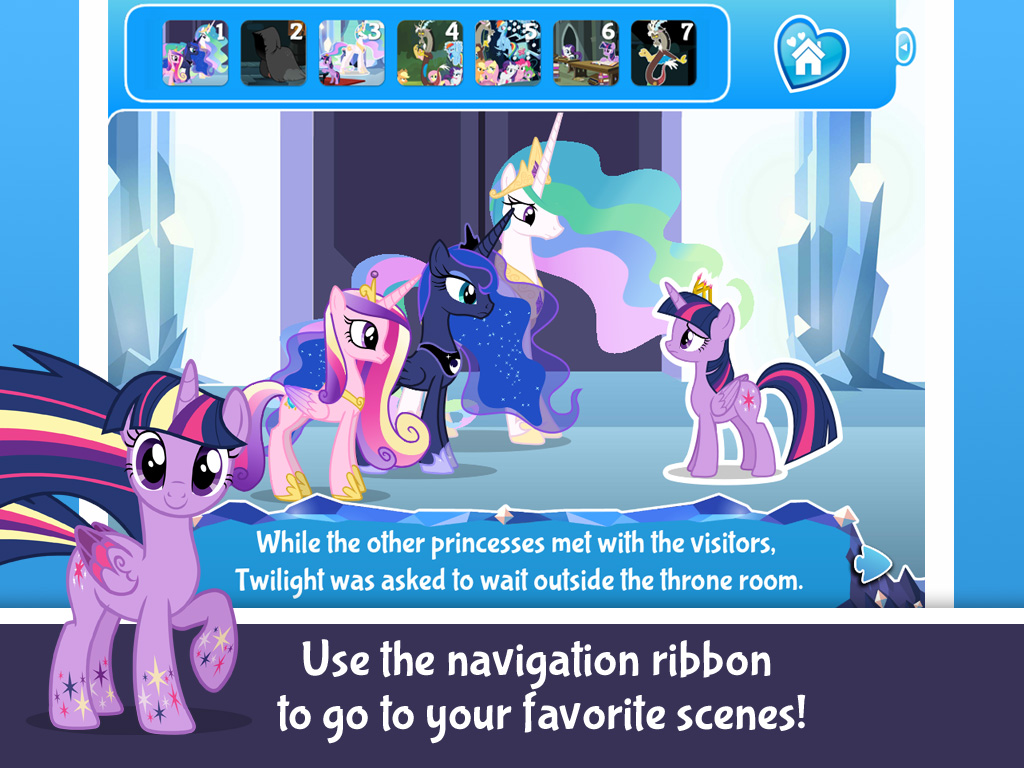 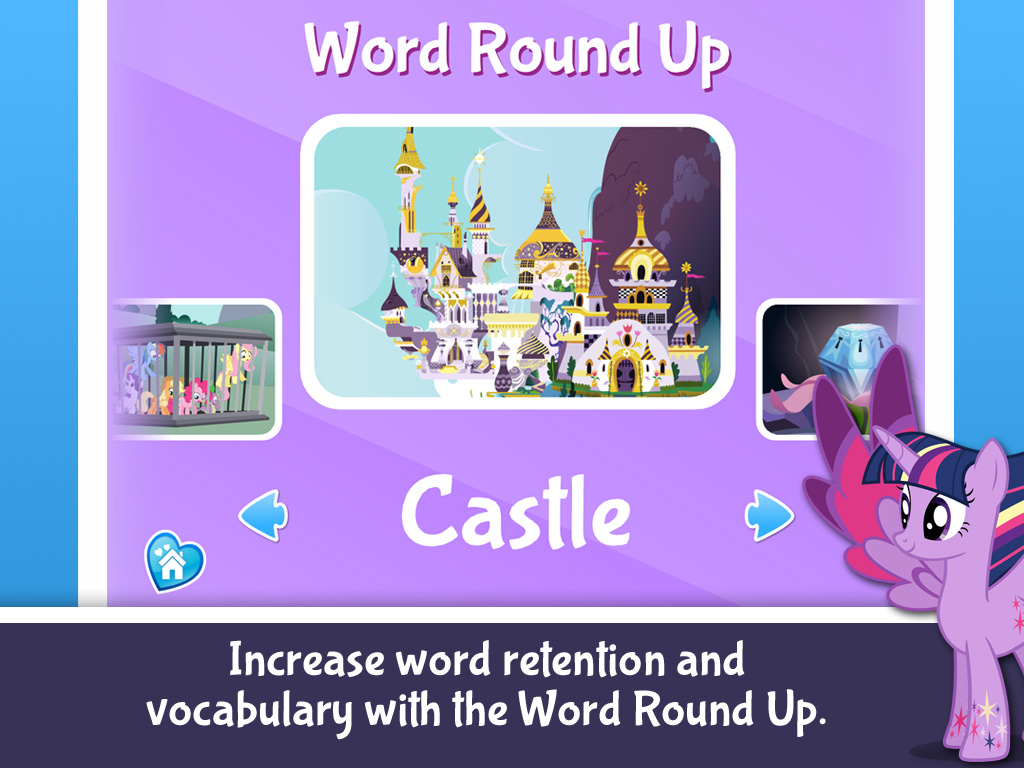 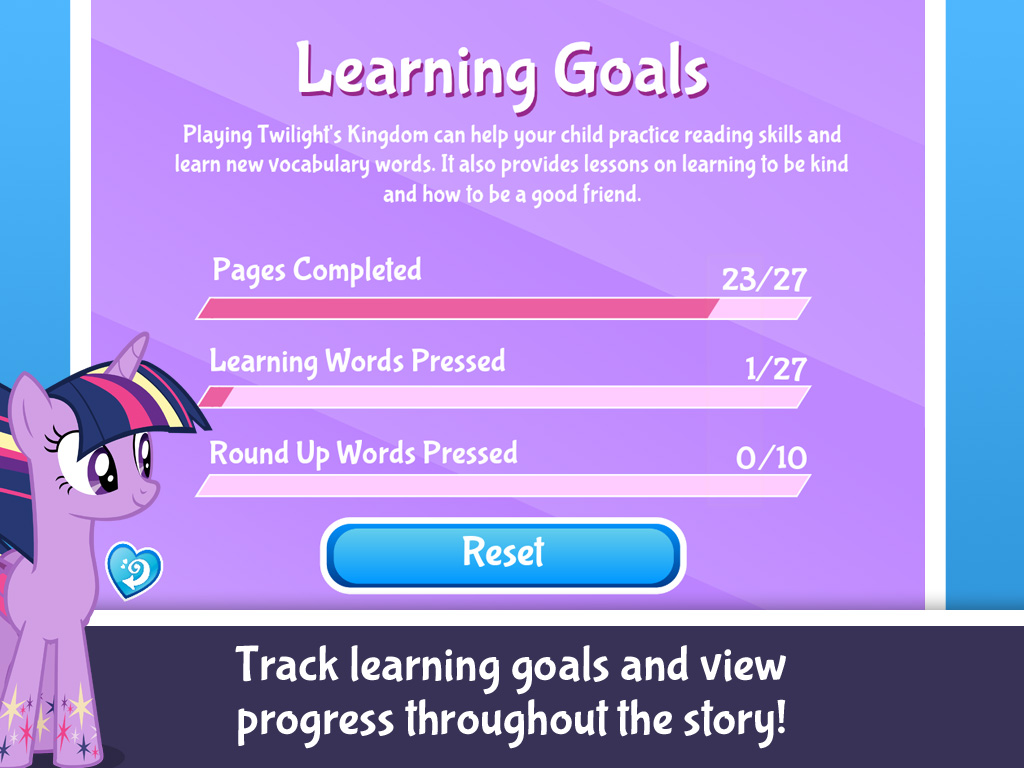